This VSTS/TFS extension will help you to export your build definition and then import it in same or another team project.

Have you created a complex build definition with numerous steps, configured it with various build schedules, variables, and other build options? You now have a situation to create similar build definition in another team project - What do you do?

As you probably know there is no built-in way to do that currently and you have to manually create complete build definition again. But with this extension now you can with few simple steps! 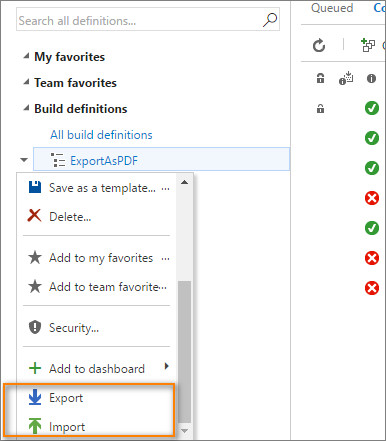 Once you install the extension, go to Builds hub and right-click on any build definition. You will see a two new menu items Export and Import. You can also click on All build definitions on VSTS to see these menu items. 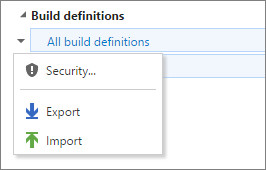 Found an issue or want to suggest a feature? Add them at http://bit.ly/exportimportbuildissues