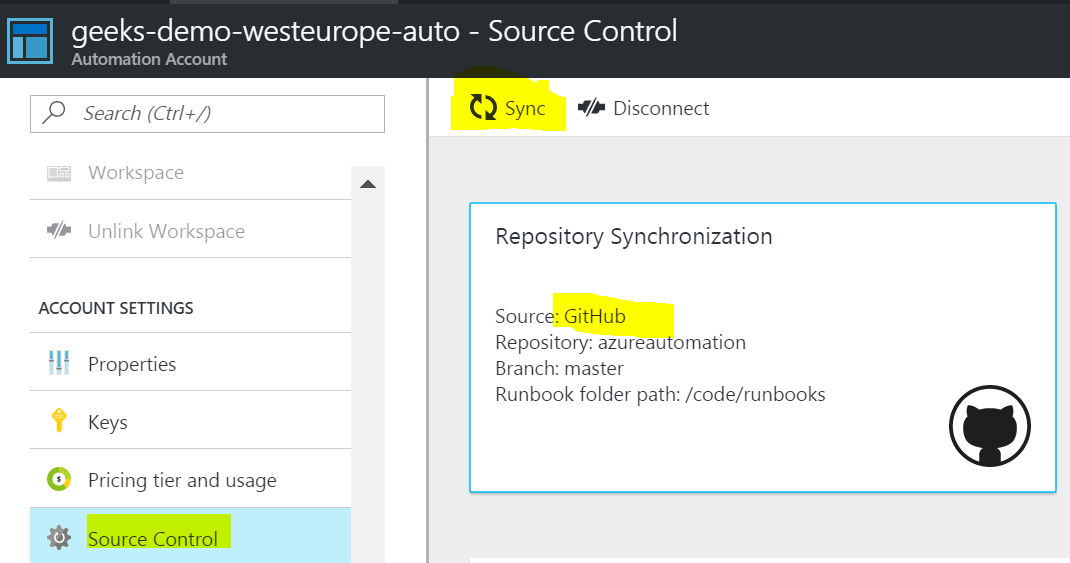 When you click Sync you would be warned that all runbooks in this folder would be synced to this Azure Automation account, simply accept yes to continue.

Once the sync is complete, you’ll see all your runbooks in the runbook section in the Automation Account.

Note: The runbooks would be added in the new status and would need to be published manually.

In this blogpost, I am going to create a simple runbook that just introduces a new function to add two numbers. Go through the flow of Azure Automation to add a new runbook and select the type as ‘PowerShell’.

Now copy the contents of the script given below…

You should now see the runbook in your repository in GitHub

In order to add a test for this repository, go to GitHub and add the following file in the repository.

Create a pipeline to test AzureAutomation Runbook via Team Services

From the build hub in Visual Studio Team Services select an empty template. Configure the source task to point to the GitHub repository that holds the scripts for run books that you use in the Automation Account. 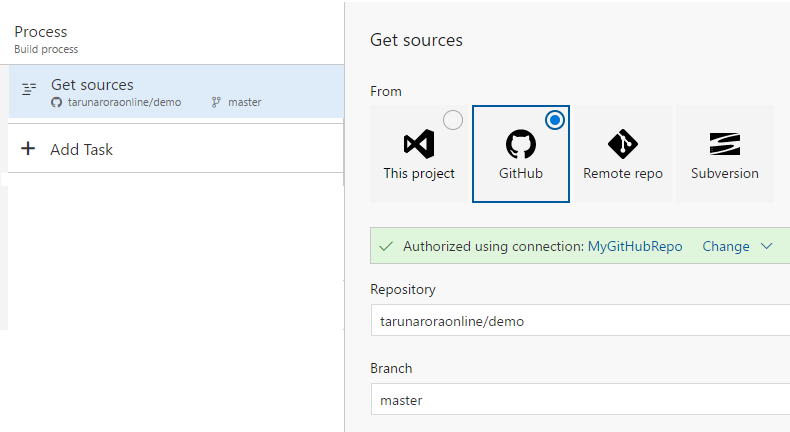 Configure the extension to the folder that contains the unit tests…

Next add the task for GitVersion in the pipeline, if you don’t already have the GitVersion extension in your Team Serviecs account, you can download the free open source extension from the MarketPlace.

If you are wondering what the benefits of GitVersion are, stay tuned I’ll be writing a blogpost on that shortly.

Now, trigger the build and see Team Services run up test execution for your automation account PowerShell scripts from GitHub… 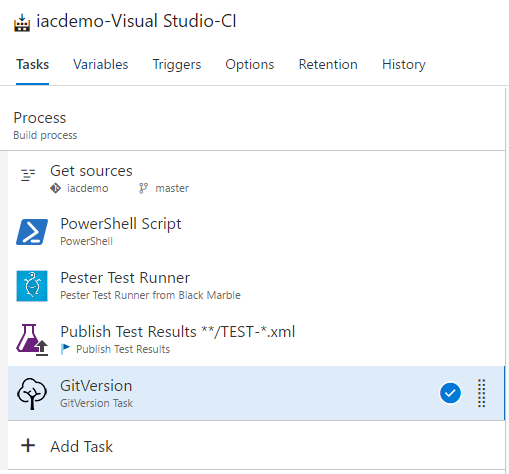