Now that Azure now has a free service for hosting static web apps via Azure Static Web Apps, I decided to write a quick post on how to host Jekyll website on Azure Static WebApps. To my surprise it turned out to be quite simple and easy to host.

Jekyll website has a good post on installation already based on your operating system. You can use WSL (Windows Subsystem for Linux) and it works just fine. If you specifically like to have Windows installation guide, David Burela has posted a neat trick to install it in 3 easy steps here using Chocolatey.

Once you have Jekyll working, you can create a simple blog post by running the following command

This will create a basic a blog structure which will look like below.

The _posts folder will contain all your blog posts and each post is a markdown file. Each markdown contains a front matter which allows you to add the meta data for the post.

Now to run your website locally run jekyll serve and you will see the blog up and running in local machine under port 4000 at http://localhost:4000.

Jekyll will build your site using jekyll build and store the generated static content in _site folder. Your site will be served from this _site folder. 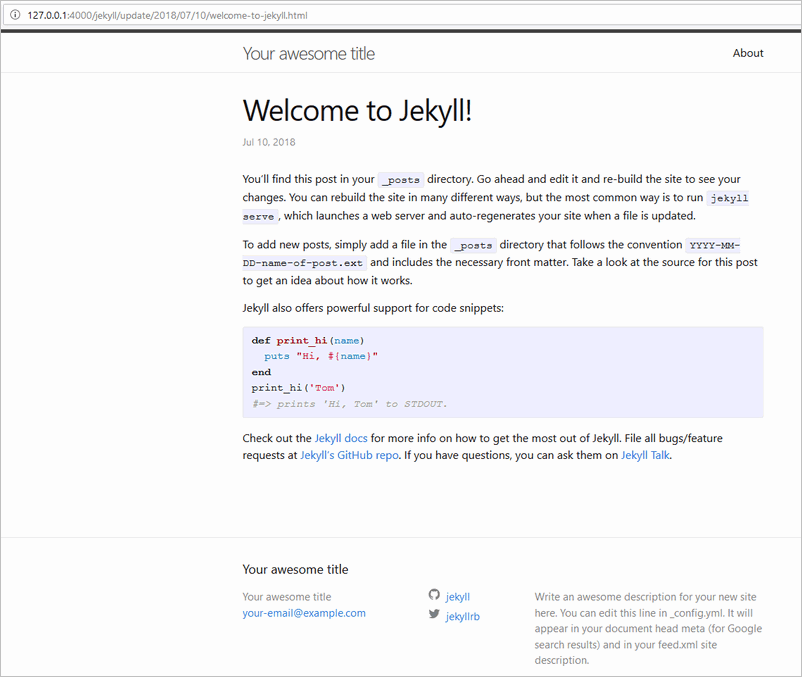 You will be prompted to authorise the Azure Static WebApp to GitHub. Make sure you Grant access to organisation that has the repo. 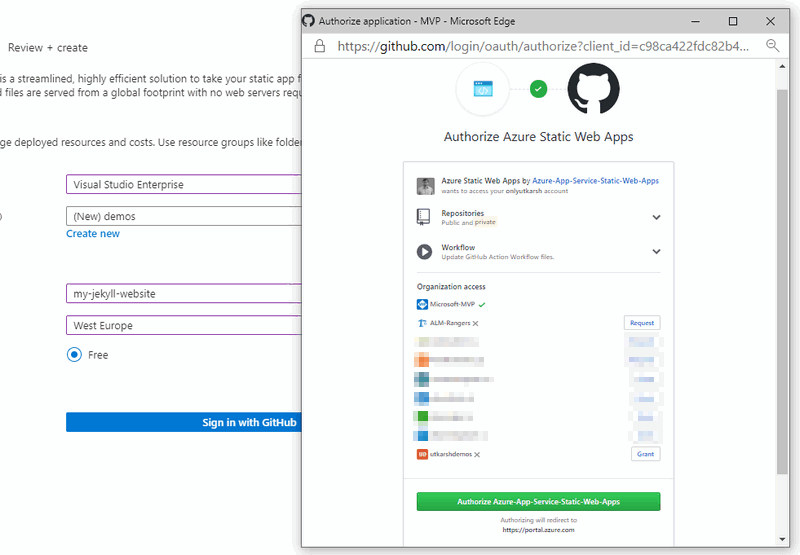 Complete the steps in the popup and you will see the below screen where you will select the repository and organisation. My values look as below. 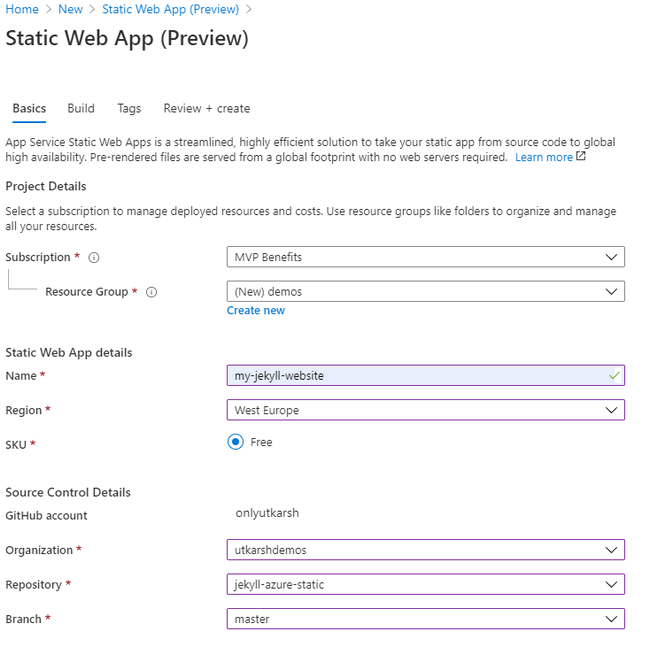 ⚠️ If for any reason, you missed granting access to the right organisation, you have to Revoke that Authorisation from GitHub by going to Applications section in the Settings and Revoking for Azure Static Web Apps as shown below 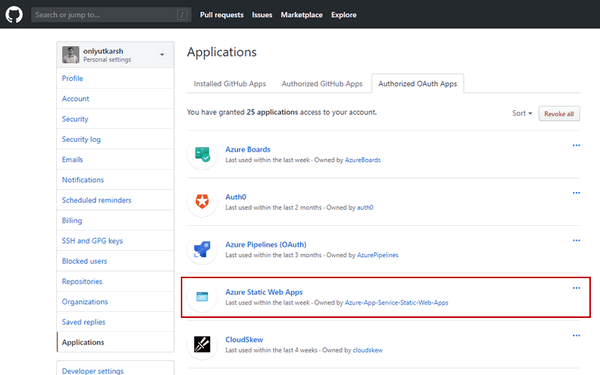 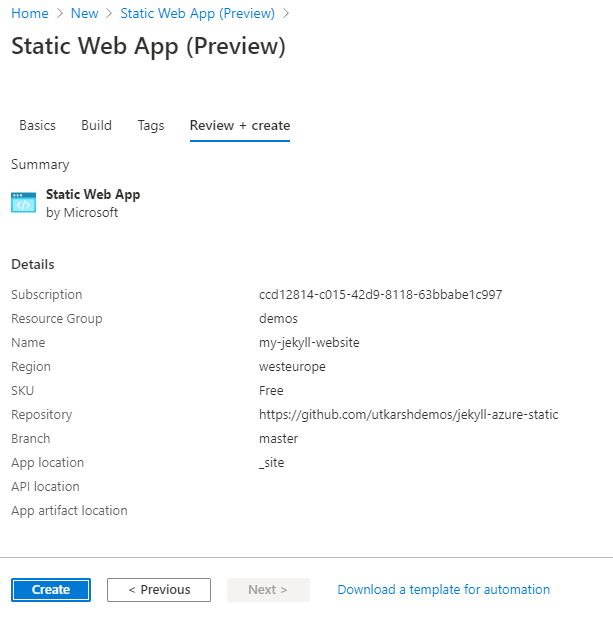 In the below steps, I am setting up Ruby (needed for installing Jekyll and dependencies), then installing the dependencies (using bundle install) and finally calling jekyll build to generate the static site.

I had a struggle with this to be honest. Eventually I had to change the app_location path to generated /_site instead of setting it as just _site (see line # 27)

Refer to the complete workflow file in the repository 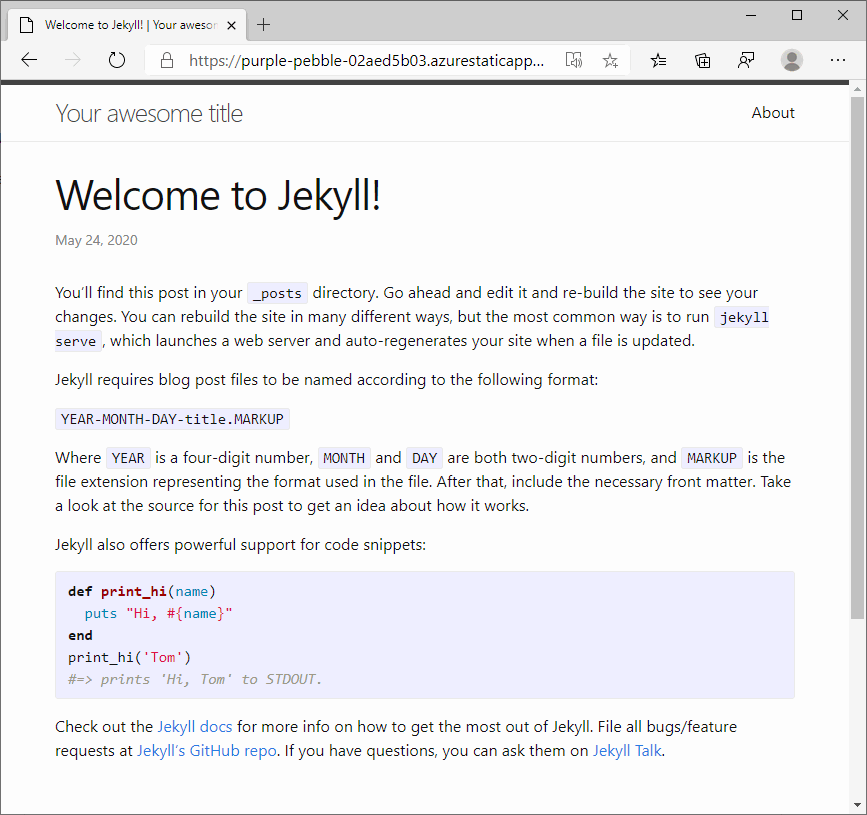 Isn’t it cool! Go check it out.