Continuous delivery is a software engineering approach in which teams produce software in short cycles, ensuring that the software can be reliably released at any time… What emotions does the word “release” trigger in you? Relief? Elation? A fist-pumping sense of accomplishment? If your teams are still ‘testing and deploying’ manually, releases probably don’t excite you… In this blog post we’ll learn how Team Foundation 2015 enables you to release high quality, reliable software quickly through release automation…

Making a case for Continuous Delivery…

Software delivery has gone through a revolution in the last decade. The introduction of Agile practices and lean frameworks, such as Scrum, Kanban, XP, and RUP, among others, have demonstrated that iterative feedback-driven development helps to cope with changes in the marketplace, business, and user requirements. Lean processes also help minimize waste and maximize value delivery to end users. Better DevOps practices encouraging Continuous Integration, continuous deployment, continuous delivery, and continuous feedback along with better tooling are enabling organizations to break the silos between teams.

Continuous Delivery isn’t just for Unicorns! If you are working in professional software development you can and should strive for continuous delivery…

The foundation to Continuous Delivery is a well established and automated release process.

The Visual Studio family of tools and services now enables heterogeneous software development across various platforms. The experience of using open source tooling within the product has improved tremendously. Open source solutions are being given first class citizen status, and more of these solutions are being pre-packaged into the product. This gives us a clear indication that Microsoft wants to become the platform of choice for every developer, independent of the technology or platform. There is a huge overlap between the tools and services within the Visual Studio family of tools. Microsoft Visual Studio Team Foundation Server 2015 is at the center of Microsoft’s ALM solution, providing core services such as version control, work item tracking, reporting, automated - testing, builds and releases. TFS helps organizations communicate and collaborate more effectively throughout the process of designing, building, testing, and deploying software, ultimately leading to increased productivity and team output, improved quality, and greater visibility of an application’s life cycle.

On June 3rd, 2013 Microsoft acquired the InRelease product from InCycle Software. The InRelease product was re-branded as Microsoft Release Management and integrated into Team Foundation Server 2013. Microsoft Release Manager gave Microsoft a position in the growing release management market. While Release Manager shipped along with Team Foundation Server, it required separate installation and setup. Though various improvements were made to improve the integration between the two products, they still felt disjointed at several places. The WPF-based desktop client was clunky and limiting. Release Manager did not support non .NET applications and could not be used on non-Windows platforms. It was clear that Release Manager was only a stop-gap solution and would need to be replaced by a proper solution.
The old release manager solution is being replaced by an all new web-based release management solution. The new web-based Release Management solution has debut in TFS 2015 Update 2. It is very well integrated into the product. No separate installation or configuration is required to start using the new Release Management solution. The security infrastructure of Release Manager is different from the previous version in that it does not manage its own groups and permissions. New permissions are introduced in TFS for Release Management, such as “Create release definitions”, “Create releases”, and “Manage approvers”. Default values for these permissions are set for specific groups at the Team Project level. These permissions can then be overridden for the groups or individual users, for a specific release definition or for a specific environment within a release definition. 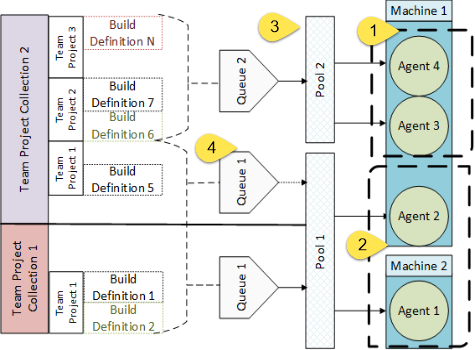 With so much common between Build and Release Management, so much so that Build also has access to deployment tasks, you may ask how are the build and release management different? 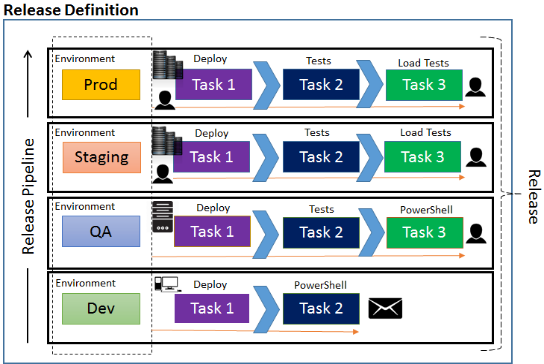 Learn how to take advantage of Release Management in TFS 2015

Itching to get started with the all new web-based Release Management solution in TFS 2015….?

To order a copy of the Team Foundation Server 2015 Cookbook…

Who This Book Is For

This book is aimed at software professionals including Developers, Testers, Architects, Configuration Analysts, and Release Managers who want to understand the capabilities of TFS to deliver better quality software faster. A working setup of TFS 2015 and some familiarity with the concepts of software life cycle management is assumed.

What You Will Learn

Hope you enjoy reading the book…